Everything you need to choose the right printer 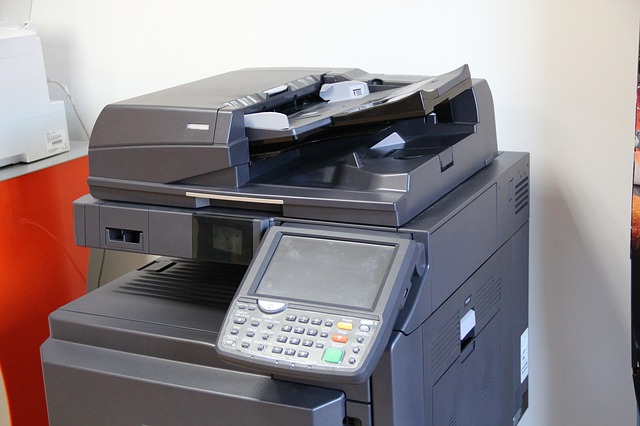 In the old days, printers, scanners, copiers and fax machines were 4 separate devices. But for many years it has been easy – and inexpensive – to get one machine that cna do it all. But should you? Let’s look at some of the differences, advantages and disadvantages of each type of machine.

What Do Multifunction Devices Do?

A multifunction device typically combines a printer, scanner and copier all in one, with a fax machine often included too. In reality, these multifunction or all-in-one machines are really a printer and a scanner together. Copier? That is simply a scanner that tells the printer to printer one or more copies of everything that is scanned instead of sending it to a computer. Fax? That is simply a scanner that sends out the image using a modem instead of sending it to a local computer. In fact, some of the first multifunction machines relied on a computer even for copying – the machine would scan a page and send it to software on a computer which would send it back to the printer for printing.

Advantages of a Multifunction Device

There are some definite advantages to a multifunction device over separate printer, scanner, copier and (optionally) fax machine:
* Lower hardware cost.
* Less space – a multifunction machine takes the same space as a copier and typically the same footprint but more vertical space (for the scanner) than a printer.
* Less software – one software package for printing and scanning instead of two separate packages.

While multifunction devices make sense for a lot of people, they are not the best choice for everyone for a few reasons:
* Jack of all trades, master of none A typical, affordable, multifunction device will not be a good printer, scanner and copier but will not be the best printer, scanner or copier.
* Balance of Features – Many people need a fast monochrome laser printer as their primary, or only, output device, but require only basic scanning and copying. Some people may print or copy very little but need fast duplex scanning. A multifunction machine with all the desired features may include other features that are not needed, increasing the cost significantly.
* All-in-one == anything breaks, nothing works – With many multifunction devices, if any part breaks, nothing works – e.g., if the scanner lamp burns out then the printer doesn’t work, or if the printer is out of ink/toner then the scanner doesn’t work.

For most people, the determining factors will be:

See Scanning in the Fast Lane for a detailed description of scanning speed & duplexing issues.

Note that I did not include print speed. Print speed is rarely an issue with today’s printers or multifunction devices, and for those people who do have an issue with print speed, choosing the right printer based on print volume will normally result in a printer that also has sufficient speed.

Choosing the right printer, beyond the lowest usage levels, will typically be based on the expected cost per page.

One machine or two?

For most situations, I recommend either one multifunction device based on the print engine:

There are numerous printers and multifunction devices available. The Printer Comparison Tool, currently under development, will help you choose the right machines for your home or office. A few examples based on currently available machines: